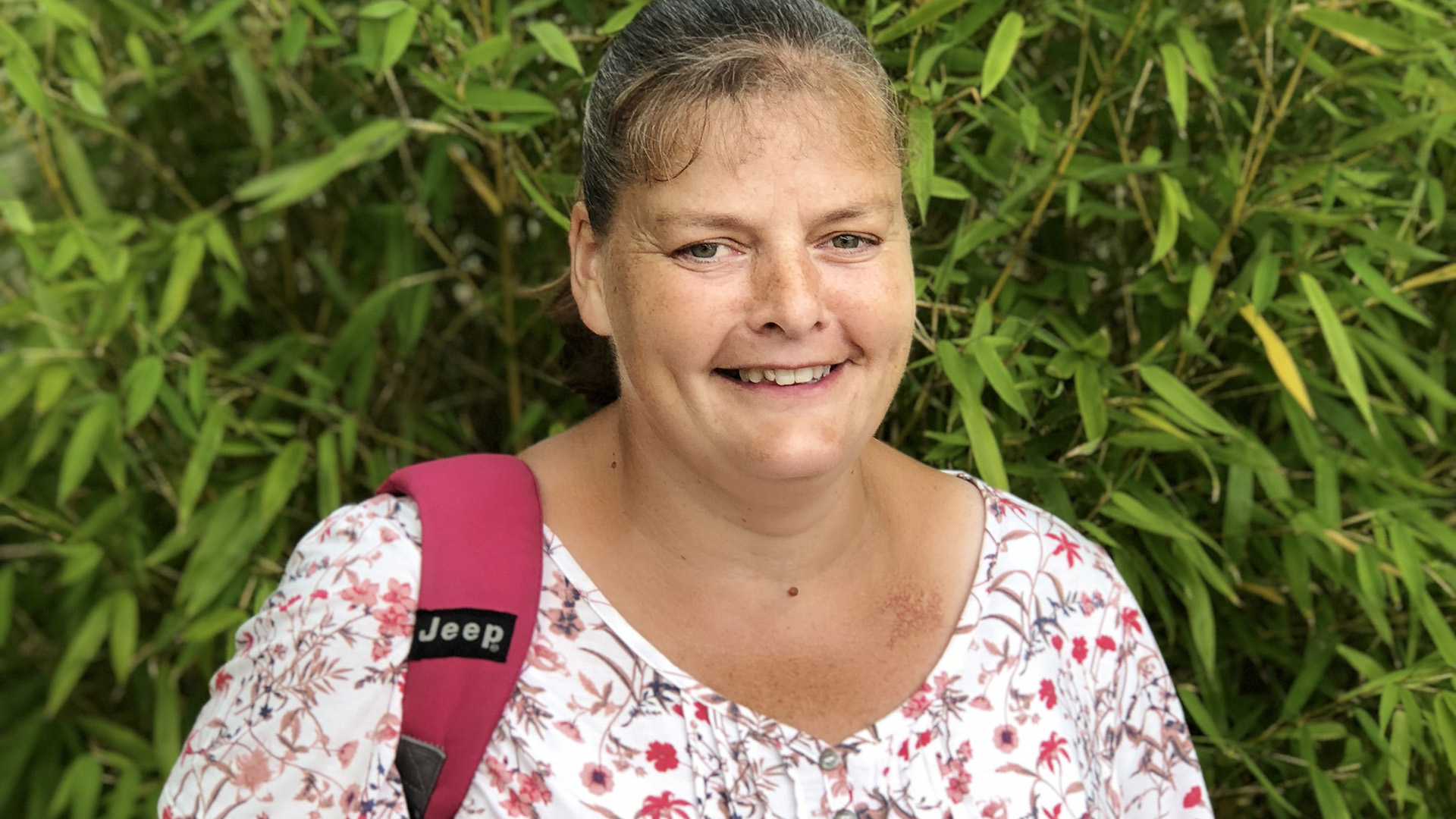 Despite surgeries, chemo and radiotherapy, Sally now has secondary cancer. Local charity Hospiscare is supporting her in managing her illness whilst she continues to do the job she loves.

“I felt fine. Not unwell at all. I was working in London as a nanny, loving life.

“I was getting out of the bath one day when I noticed a dent in one of my breasts. I had a bit of a poke and a prod but couldn’t really feel anything so left it, but it played on my mind. Then about a week later I did the usual Google search to find out more and read that breasts should sort of match each other and any difference should be checked by your doctor.

“So I made an appointment because one of my breasts did feel thicker than the other. When I visited my GP they couldn’t feel anything either but referred me to a breast clinic, just to get thoroughly checked. They started to run tests and at this point the only person I mentioned it to was my boss. I had the test on a Monday and was booked in to receive the results on Friday of the same week. It was only on Wednesday that it dawned on me it could be cancer. That’s when I called my mum, but not because I felt I needed anyone with me at the results appointment. It was more to do with the fact I didn’t want to be the one to tell mum if it was cancer. I would rather she heard that from someone else. So mum came with me to get the results and I’m glad she did, because it wasn’t good news.

“I carried on working in London through surgeries, chemo and radiotherapy.

“Hair loss was horrendous, I’d had long hair all the way down my back and it was awful when it started falling out in clumps. I wore a selection of head scarves to cover the baldness. The three-year-old I was looking after at the time thought it was really cool and referred to me as Pirate Sal. That really helped get me through the treatment and the family were so wonderful about it. But I didn’t feel like myself until my hair grew back and I could put it in a small pony tail. That’s when I looked in the mirror and said, ‘It’s me again! I’m back!’

“The effects of the treatment take away your identity, not only in appearance but also the ability of what you can do.

“I love cross stitch and sewing but lost the sensation in my fingers after chemo which still hasn’t returned. You can’t expect to get back the same life you had before cancer. You are changed by it and continue to be changed as you go through different phases. You have to adapt to the new you, the one who is now living with cancer.

“Despite having cancer I kept working in London full-time for a few years, but when I got the news I had secondary cancer I knew I needed support. I came back to Devon in January 2016 to live with my parents, although I still had to commute to London for a while for treatments.

“The thing is, having got secondary cancer at my age you still have to live, you still have to work.  I am not in a position to retire. I wanted to keep working in London but it was soul destroying because when I went for interviews and was upfront and mentioned the ‘C’ word, no one would hire me. I started to point out that actually anyone can get cancer at any time and at least I am up front that I have it and just need a bit of flexibility around clinical appointments.

“Being confident and positive about it changed people’s perspectives and after that I got five job offers, which was great. A couple of the jobs were in London but I knew it would be less tiring if I accepted a job in Exeter, so I did, and the family I now work for have been amazing. Initially I worked five days a week but realised I couldn’t keep it up. So I dropped to a four day week and that was still a bit too much, so now I’m on a three day week. That’s much more enjoyable as it gives me a better work/life balance and I can do hospital appointments on the other two days and have some energy left for myself.

“I want to stick at nannying for as long as possible, I really love and appreciate my job.

“People are shocked when I tell them Hospiscare are supporting me. They’ll say things like, ‘Oh my God, I didn’t think it was that bad?’ as if the grim reaper is standing over me because people assume hospices are for end of life only. I think it’s an important message to get out there, that Hospiscare support can start much sooner than that.

“In my case, I was massively struggling with pain. I had been in pain for so long it was keeping me awake at night and totally impacting on my quality of life. The oncologists told me they could keep me going for years but when you’re in pain you don’t actually want to carry on for years.

“One of the clinicians I was seeing cautiously broached the idea of Hospiscare and I was at the point where I would try anything! I am 43 years old and was walking around like a 90 year old, but after a month of seeing Harriet, a Hospiscare Clinical Nurse Specialist (CNS) who worked out a programme of pain relief, I could walk like a 60 year old, which was huge progress! She took 30 years off me and I can’t tell you how good that felt.

“When Harriet solved the pain, it was life changing.

“The Hospiscare CNS teams work together and feed off each other’s knowledge. It is such an art to balance drugs, side effects and effective pain relief. I can’t have side effects like drowsiness, that’s just not compatible with working as a nanny. It’s a complex balancing act and so unique for each individual. If a medication gives me side effects I just call up the nurses and they tweak it for me straight away. It’s amazing. If you need them they are there and their focus is to give quality of life. 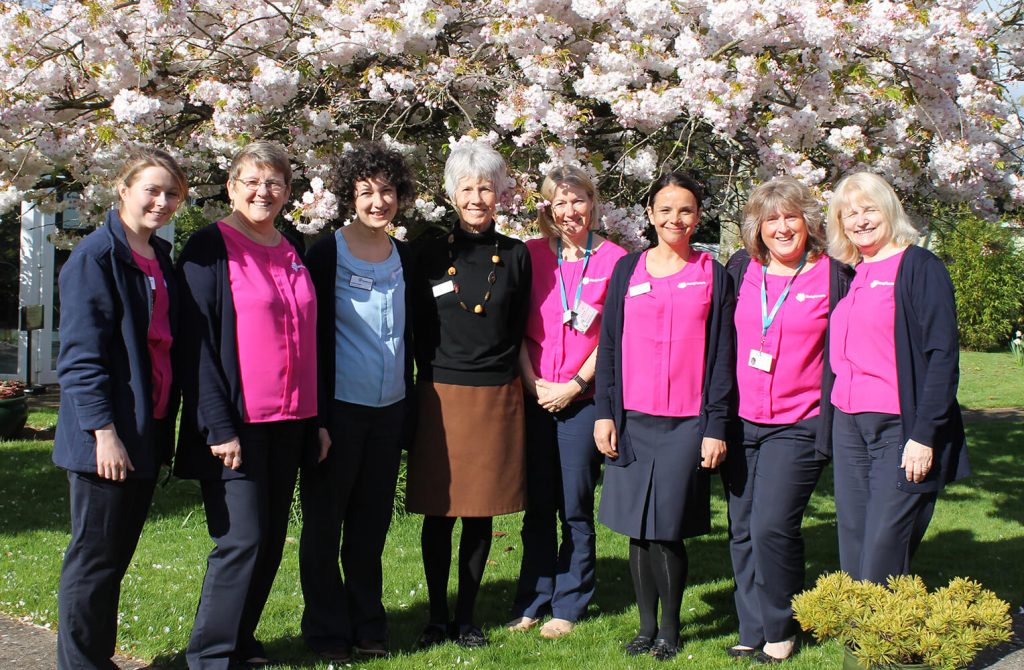 “I think so many people miss out on this kind of help because they just don’t realise the expertise on offer.

“But it’s not only the pain relief that Hospiscare have helped with. I know that, ultimately, the illness I have isn’t curable. It’s only going to go one way. But it can be really tricky to broach those sorts of conversations with your family. Because I can talk to my Hospiscare CNS about anything it really helped me with this aspect. Harriet and I had a ‘coming to terms’ conversation with my mum. Yes, there were tears, but with Harriet’s help it was done so gently. Again, it’s that skilfulness Hospiscare can provide when you need it most. The support has made a huge difference to both me and my family.

“At 43 you normally look to the future and make plans. Living with secondary cancer takes that away. The not knowing means you can’t look towards the future. The furthest I have gone is booking a holiday three months in advance. You start living from one six month scan appointment to the next. But now I approach life with a live in the moment mentality and Hospiscare have helped bring the joy back to my life, and I am so grateful for that.”

After Vanessa Freeman's husband, John, was admitted to our Exeter hospice, she decided to dedicate a Facebook Fundraiser to Hospiscare 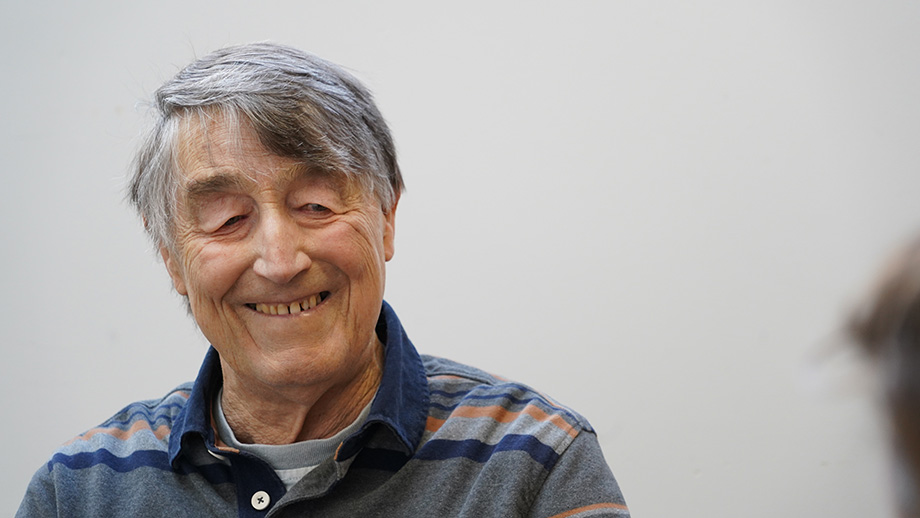 Richard Owens, a keen cyclist, was diagnosed with a rare kidney disease over 27 years ago and found a unique way to adapt his hobby 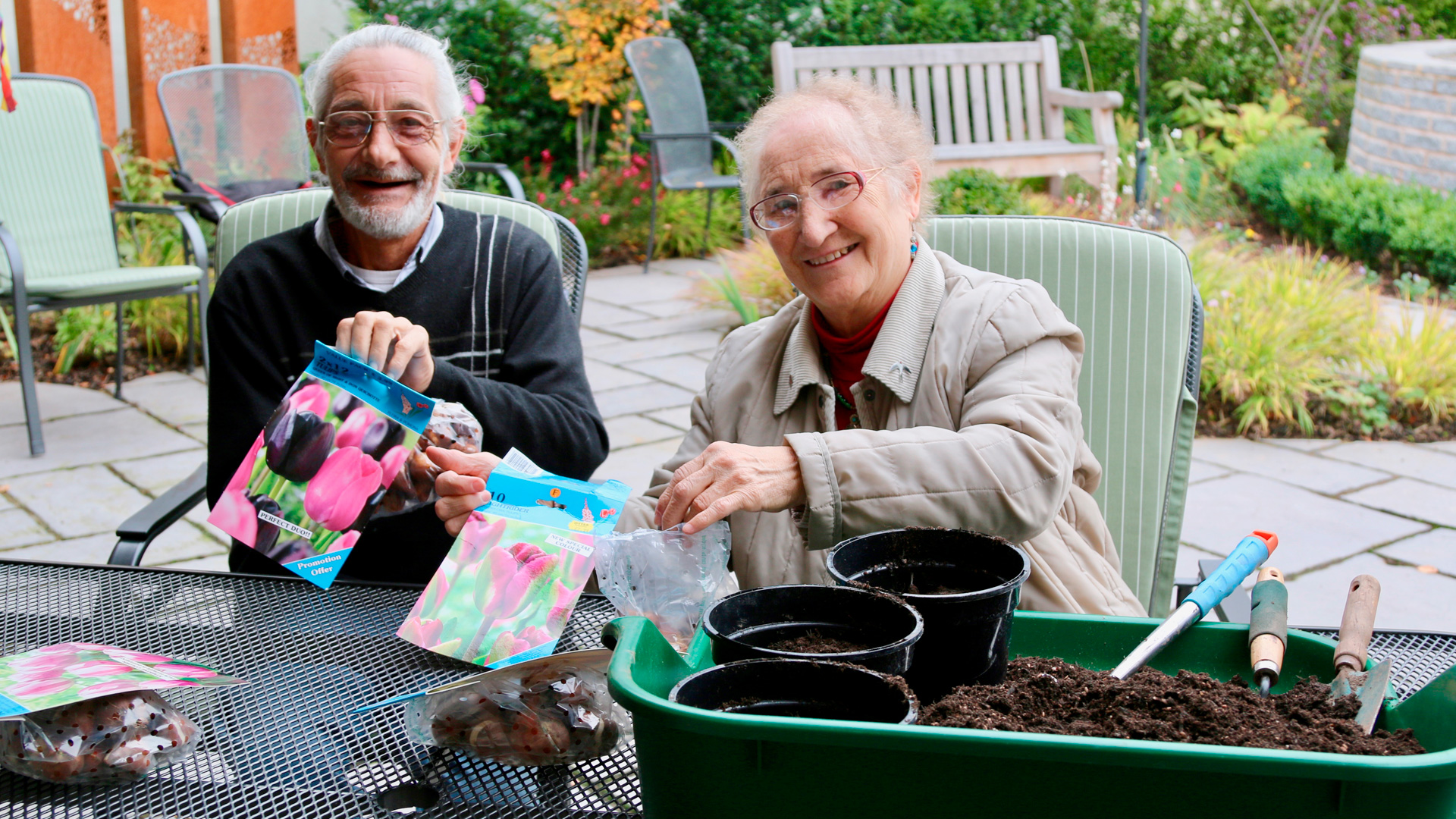