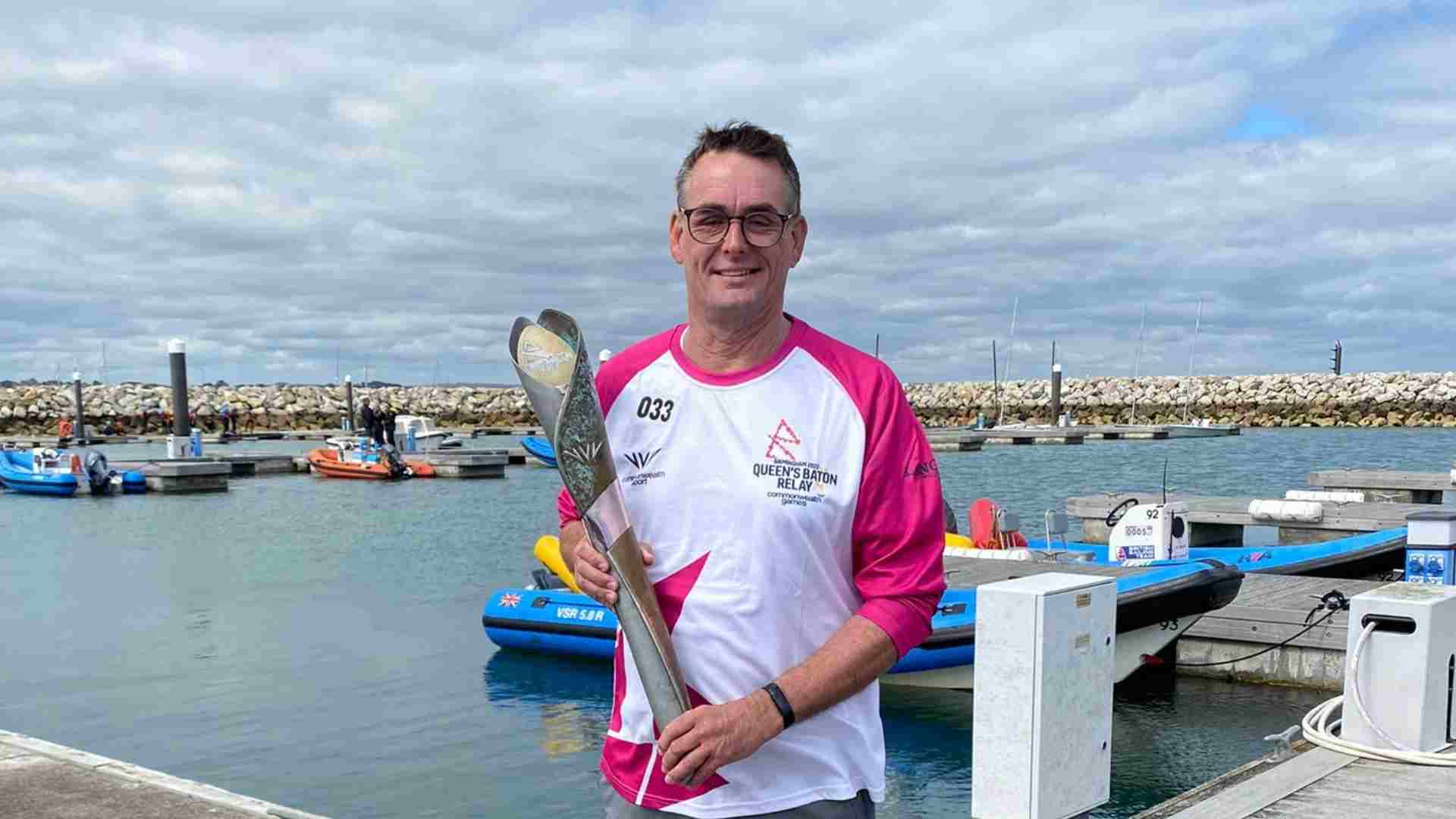 Stalwart Hospiscare supporter, Steve Pearcy, is one of just nine people who was chosen to carry the Commonwealth baton through Preston, Weymouth, ahead of the games opening in Birmingham later this month.

Steve, 59, is a postman from Ottery St Mary and has been a dedicated supporter of Hospiscare since 2003, when his wife, Maggs, was cared for by the doctors and nurses at Searle House before she sadly passed away in 2004. Maggs was a young mum at the time of her passing and Steve has since brought up their two children.

Well known to his local town, Steve raised over £6,000 for Hospiscare in 2021 by extending his usual postal route and walking a whopping 100 miles in a week! Steve also runs regular local Bingo Evenings to raise vital funds for Hospiscare. 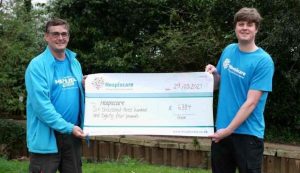 Steve presenting his cheque for over £6,000 with Hospiscare Events Fundraiser, Martin Stokke.

Unknown to Steve, one of his loyal bingo customers, Barbara, nominated Steve to carry the baton for the South West, describing him as ‘Ottery’s fifth emergency service.’

Reflecting on the experience, Steve says: “I feel extremely humbled that somebody thought that much of me to want to nominate me. I was blown away by what Barbara said in her letter about me.”

Steve chose to complete his 300m with the baton by jogging before passing it on to Adam, a young man in a wheelchair. Steve was in the same group as Hannah Mills, the most Olympic decorated female sailor, and she handed it to Tom Squires, a professional windsurfer, who took it for a loop around the bay on his board.

The Commonwealth Games baton is very much like the Olympic torch, only without the flame. Coated in gold, bronze and silver, a platinum band around the centre of the baton contains a message from the Queen.

Steve concludes, “I thoroughly enjoyed the day and I felt very special to be given this honour in recognition of my support of Hospiscare.”

If Steve’s story has inspired you to get involved, find out how you can support our work or fundraise for Hospiscare.