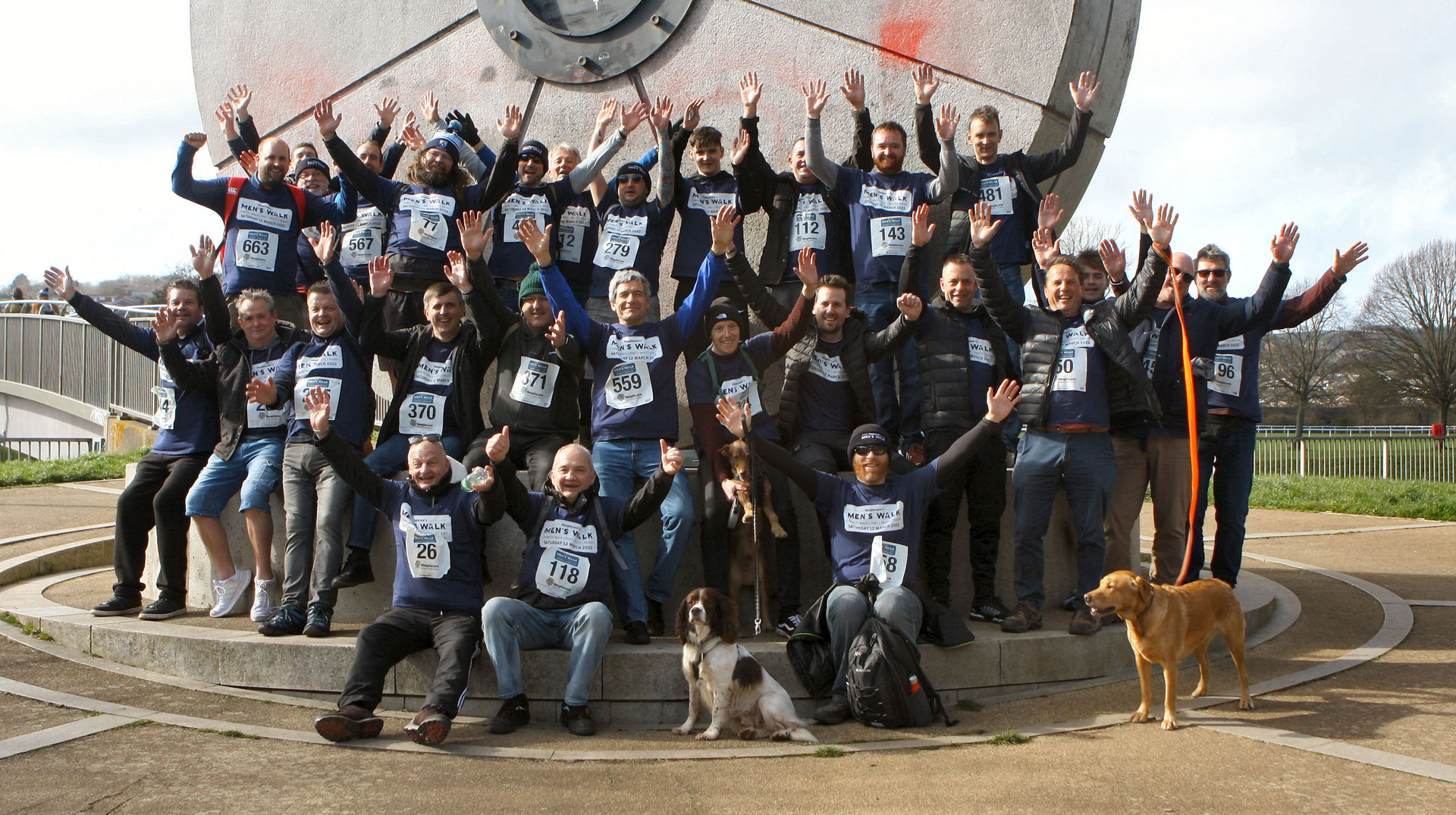 Over 1,000 supporters stepped up for our local hospice charity by taking part in our iconic fundraising event last month.

Our hospice cares for over 2,500 patients and their families every year across Exeter, Mid and East Devon. With just 18% of our charity’s income funded by the NHS, events like Men’s Walk are crucial to the survival of Hospiscare.

This year’s Men’s Walk was a true milestone for Hospiscare. Not only was it our charity’s first fundraising event where supporters were able to come together since the outset of the pandemic, it also took place in our hospice’s 40th anniversary year.

Over 900 people gathered at Double Locks to take part in the traditional version of the walk, rewarded by an Exeter Brewery pint and Chunk of Devon pasty, while over 200 people chose ‘Your Way’ and walked a route in their local area. 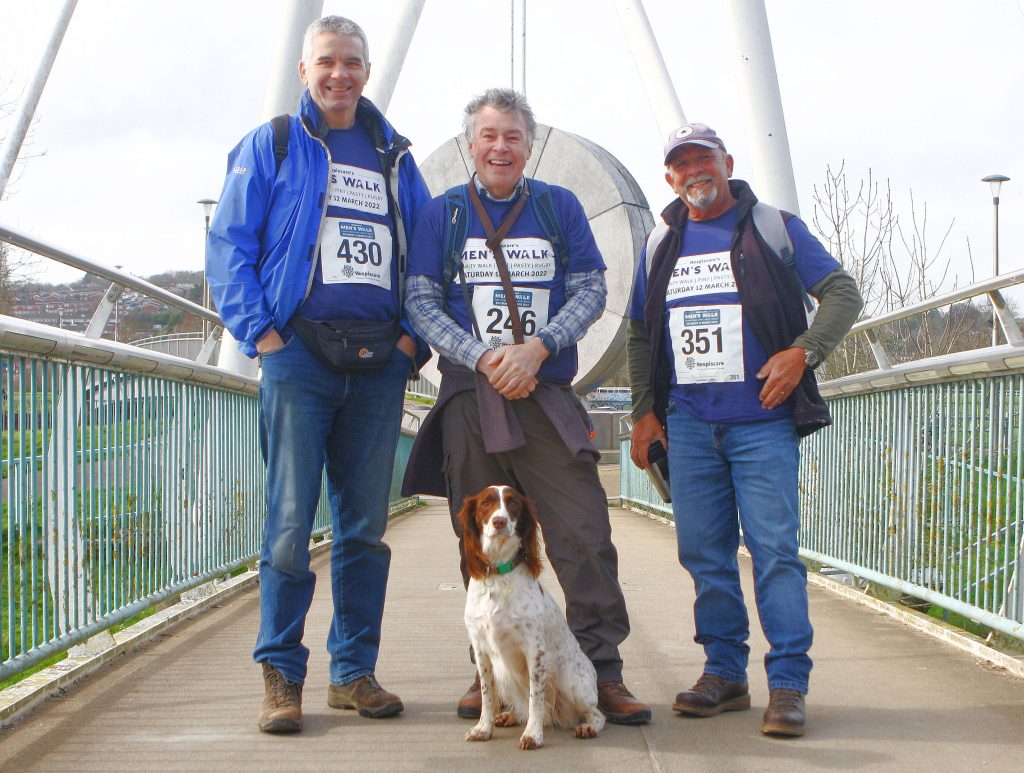 Men’s Walk would not have been possible without sponsorship from long-term supporters, Wilkinson Grant, who sponsored the event for the ninth consecutive year. Hospiscare is also grateful to the Double Locks for hosting Men’s Walk, Exeter Brewery and Chunk of Devon for providing their pints and pasties and Amazon Exeter for delivering Men’s Walk kits to ‘Your Way’ participants.

Thanks to the fantastic fundraising efforts of the local community, this year’s Men’s Walk has broken all records, raising over £92,000! This fundraising comes at a crucial time for our local charity and will make a vital contribution to its emergency Save our Services appeal.

71 year-old Exeter resident, George Pert, was determined to support Hospiscare’s SOS appeal. As a long-term Men’s Walk supporter, George was unable to take part in the event last year due to his cancer diagnosis. This made George more determined than ever to step out for Hospiscare during our charity’s emergency appeal. Through his unwavering support of our hospice, George was named Men’s Walk’s top fundraiser for 2022, with his sponsorship exceeding £3,600! George explains,

“Men’s Walk is such a great idea. There’s always such a good atmosphere on the day and I really wanted to make it to Double Locks to be a part of it. For health reasons, I had to do Men’s Walk in stages this year by choosing the ‘Your Way’ option.

“My wife, Veronica, supported me for the first two stages and my son, Matthew joined me for the final stage where we made it to Double Locks! I had my dog, Ruaraidh, with me throughout and it was great to be part of ‘the action’ on the big day itself. It was so important to me, and also to Hospiscare, that I support them in these difficult times.” 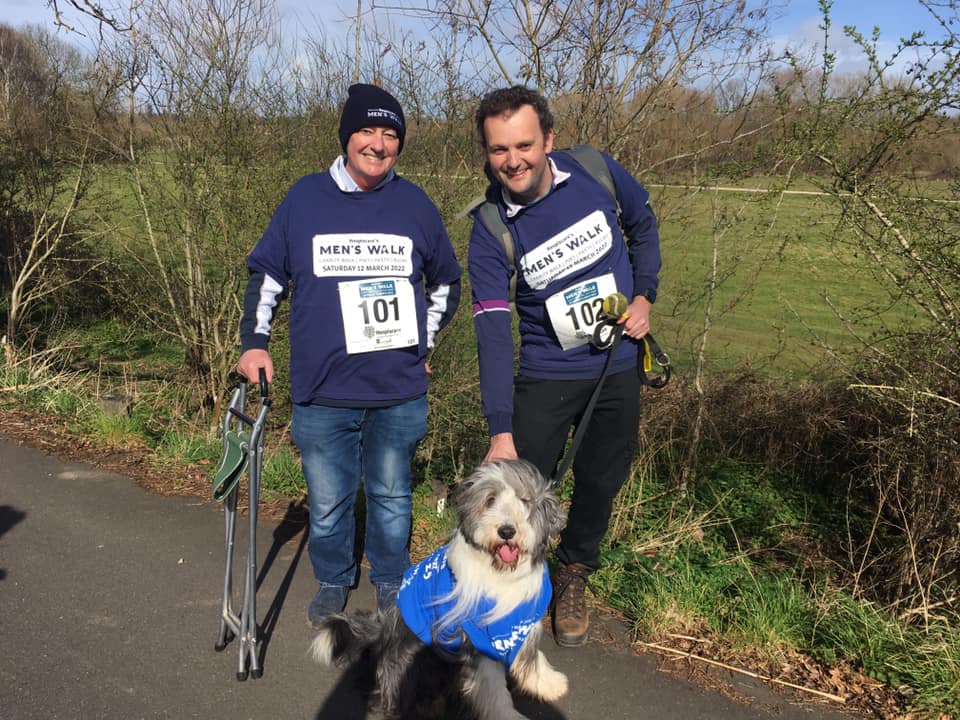 Hospiscare would like to thank everyone who took part in Men’s Walk, as well as those who supported by donating to the walkers and volunteering on the day of the event. 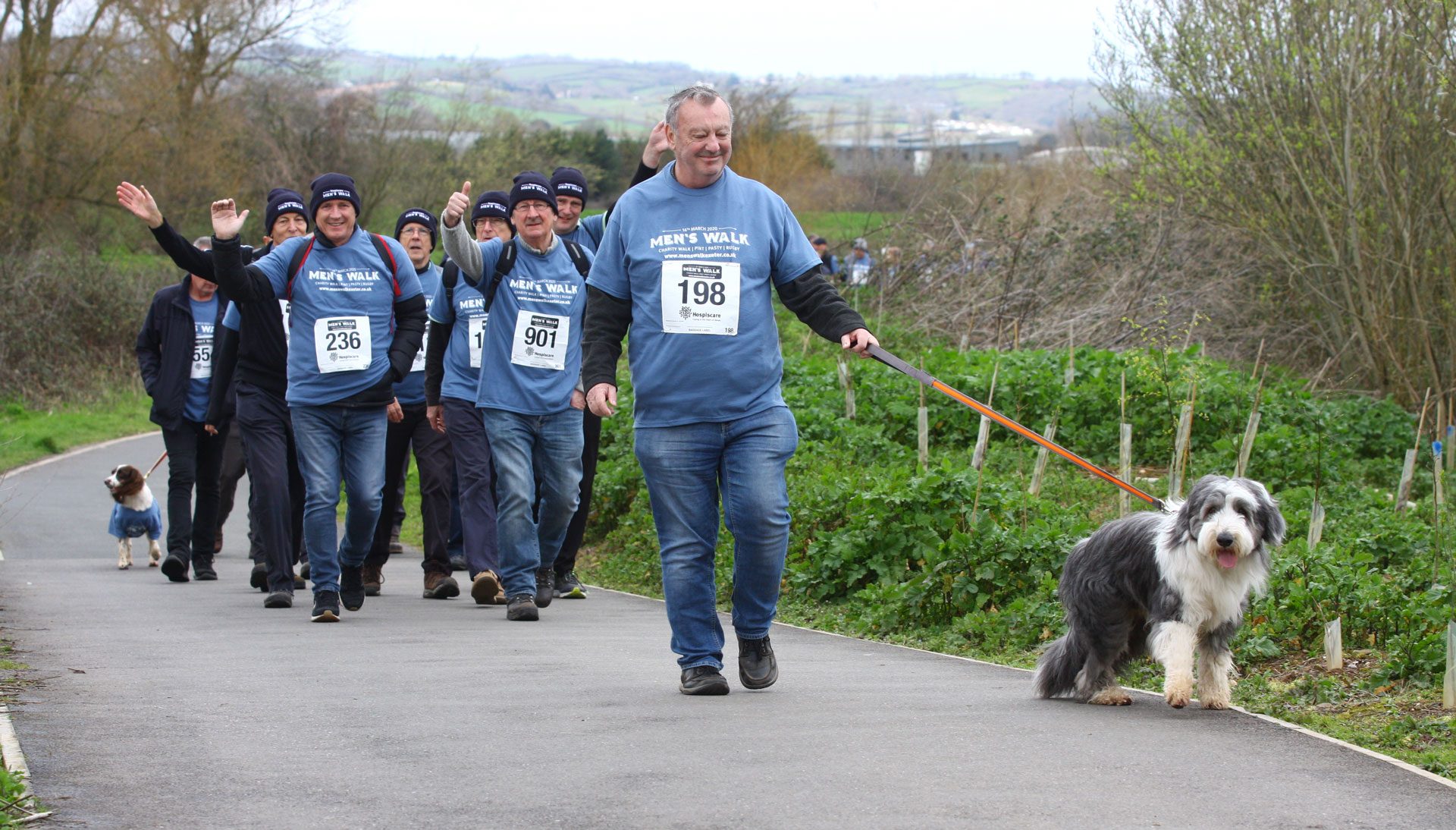 After taking part in Men’s Walk since 2019, George is determined to be part of this year’s event despite his diagnosis 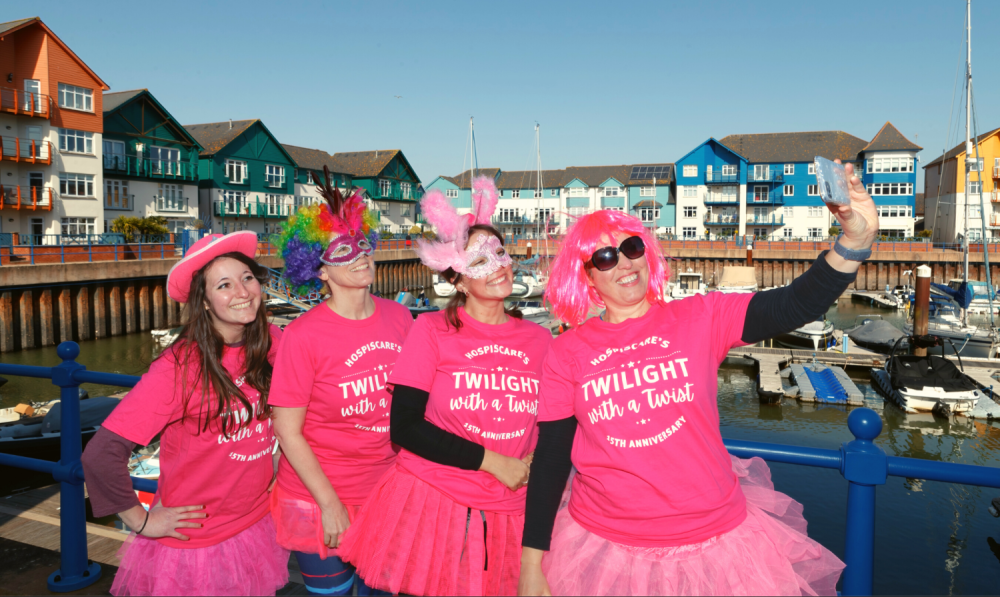 It's time to shine for Hospiscare - Twilight Walk is BACK this July with added sparkle!

Find out more about our support