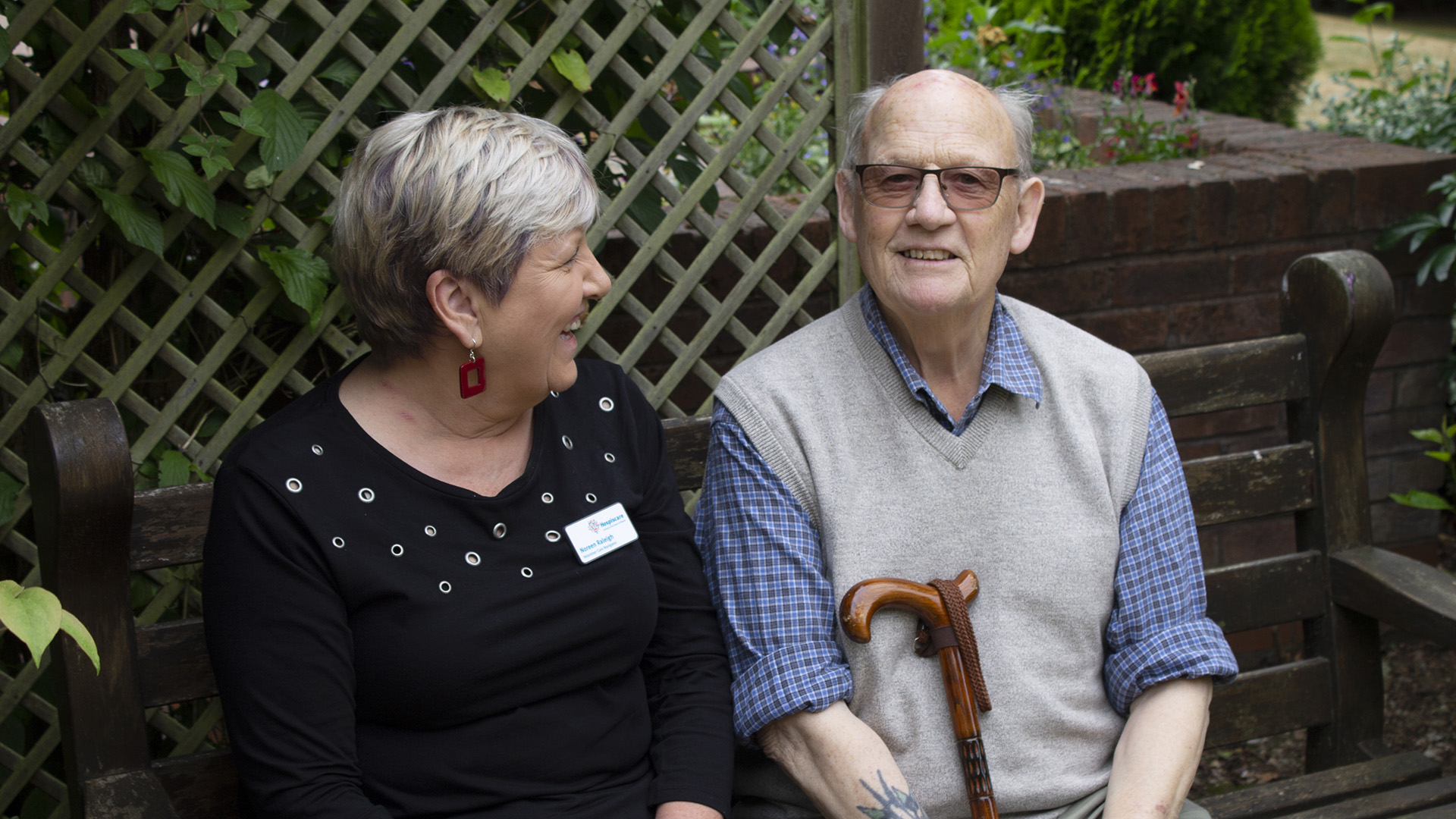 Noreen Raleigh, 65 from Exeter, has been a volunteer Care Navigator for two years and it all started when she and husband Peter were supported by Hospiscare.

Noreen says, “Peter and I were lucky enough to be helped by this wonderful charity. While Peter was ill I saw that a terminal diagnosis is difficult enough when you’ve got a partner, imagine if someone was going through it by themselves. I remember thinking at the time, if I can support others through this process then that’s what I want to do.

“Around a year after Peter died I started volunteering as a Hospiscare Care Navigator, helping patients diagnosed with a terminal illness find their way around the health system and enabling them to do the activities they wish. I’ve supported three Hospiscare patients in that time and started helping David a while ago.

“When we met, his wife Nicola had just had a major operation and couldn’t drive. David no longer drives at all, so I would sometimes take him to his hospital or dental appointments in her place, along with fun outings to experience new things. Now Nicola has fully recovered, she wants the time to do things for herself, like jobs around the home or going out for coffee, so we’ve continued and the arrangement is working really well.

“I generally see David once a week, depending on what’s going on in his life or mine, and our ‘theme’ is to find new things to do, for example, I’d never been on the ferry to Shaldon and he’d never been to Shaldon at all, so one day we went down to Teignmouth and caught the ferry from one side to the other, which was just lovely.

“He had something to go back and talk to Nicola about and together we’re having fresh experiences, which is quite special.”

David feels the same way. He told us, “Noreen’s treated me as a friend and looked after me great. We’ve been all over this bit of the South West, she’s taken me to the pub and we’ve done lots of new things. I’m really lucky that I’ve got somebody like her, she really looks after me.”

Noreen wants to share the benefits of volunteering and says: “I want people to know it’s a two way street, I get great satisfaction from it too. I wouldn’t have met someone like David or had all these wonderful experiences had it not been for Hospiscare.

“I believe that if you’ve got the time it’s important to give back to your community. If you’re considering volunteering, think about what suits your skills and personality.  I was a nurse so I’m not put off by the fact that people may be ill, and I enjoy the interaction so it suits my caring nature. But other people might like to volunteer in shops or as a photographer.

“It’s an amazing charity and I wish for everyone to get the benefits from it that Peter and I did.

“David once said to me that when he was diagnosed, he and Nicola walked out of the hospital feeling totally alone and Peter and I had felt the same. When Hospiscare became involved things got much better for us all.”

If you would like to volunteer for Hospsicare, please call Vicky or Bob on 01392 688068, or email volunteering@hospiscare.co.uk.