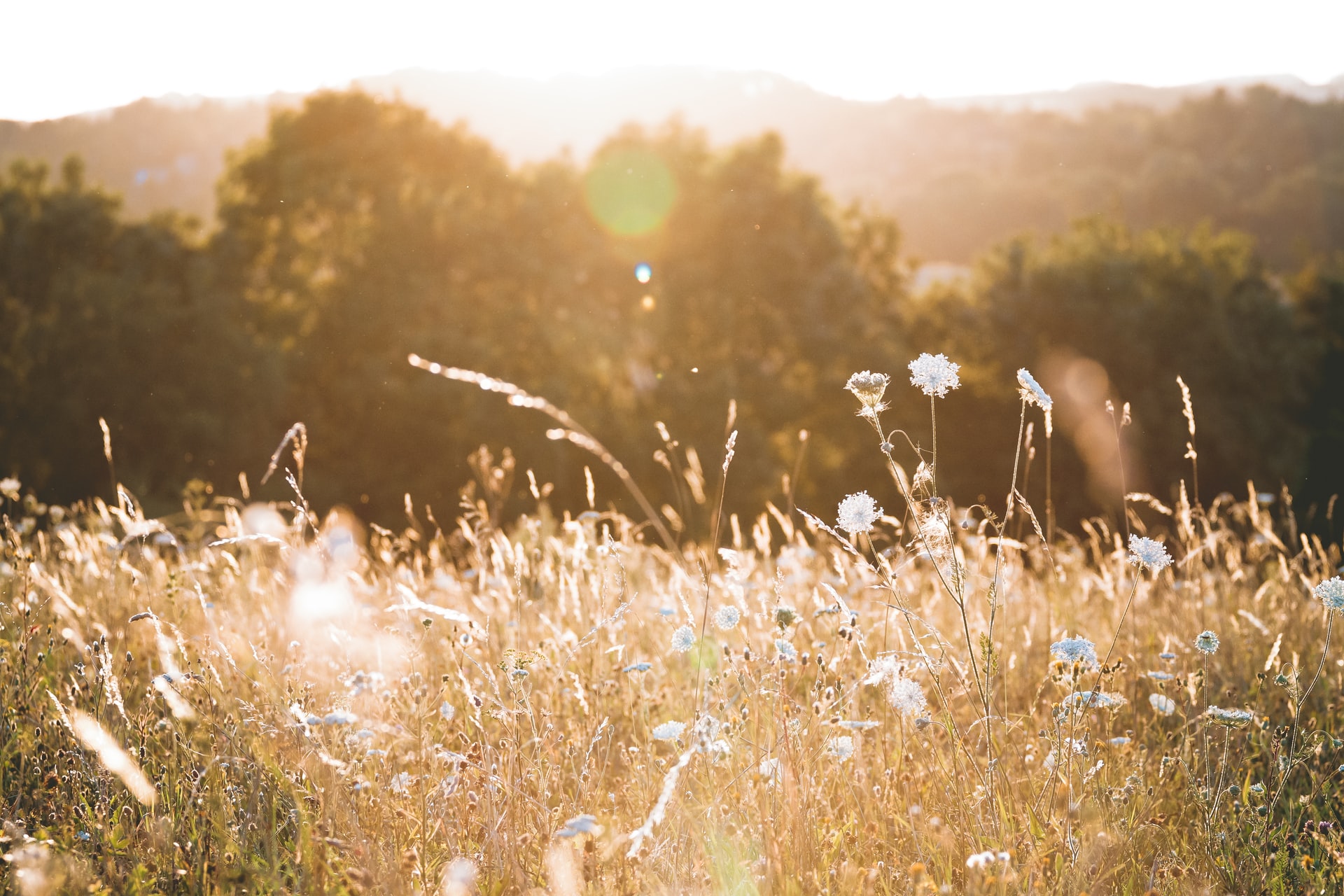 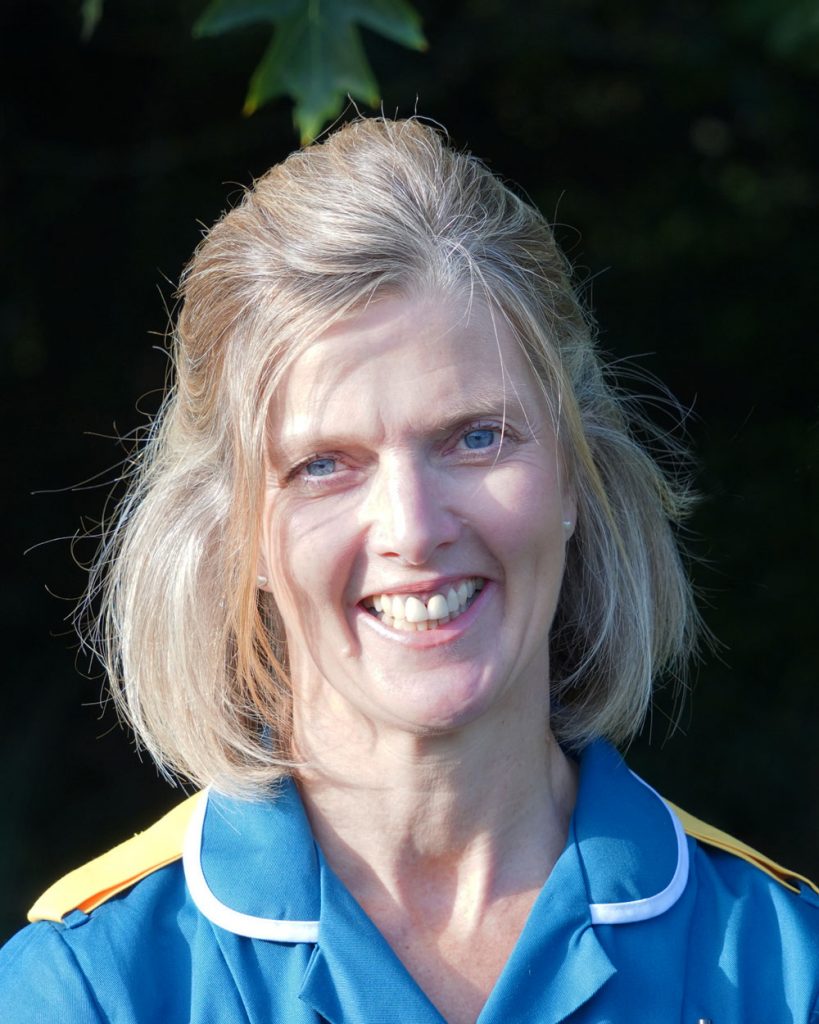 One year ago, Sally Reed embarked upon a new chapter in her life by taking on the role of Trainee Nursing Associate (TNA) at Hospiscare.

The Nursing Associate apprenticeship offers a new route into nursing and Sally is the first person to undertake this training through Hospiscare together with Plymouth University.

Hospiscare have invested in Sally’s training in recognition of this new and important route into nursing. The apprenticeship, a fully-funded FdSc in nursing, enables Sally to train whilst in paid employment at Hospiscare. The two-year programme contains a full-time schedule of learning on the job with one day attendance at university per week.

Sally comes from a healthcare background, having spent the past ten years in general practice as a healthcare assistant. Despite always having an interest in palliative care, Sally felt that she had left it too late to pursue anything further in her nursing career, but one email changed all of that. Sally explains:

“I have done some fundraising for Hospiscare in the past so the charity sends me newsletters. In the summer of 2018, I received one of the e-newsletters and this job opportunity was in there. It felt like it jumped off the page at me!

“At first I thought that I didn’t want a full time job so I wouldn’t apply, as much as it seemed perfect in every other way.  But I just couldn’t get it out of my head! I woke up the next day and it was the first thing I did; I looked it up again and thought, why can’t I do it? I spoke to my husband and he said ‘it’s what you have always wanted to do, you should apply for it and let’s see what happens’. So I applied, I got the job, and here I am a year later!”

As a nursing associate, Sally’s role lies between a healthcare assistant and a band five registered nurse. Sally’s training has been intensive in order to prepare her for many aspects of nursing. Sally explains:

“I really enjoyed working in the community; it was a good mix of the hands-on skills that I had been learning on the ward and skills I have from previous roles, particularly in terms of communication and collaboration with the wider community teams. It is a different experience nursing patients in their homes and very useful for me to see how Hospiscare@Home is set up; they’ve got a great team out there.  My varied community placements helped me to see how Hospiscare works as a whole and to see how it joins up in the community with the expertise of CNS teams like Okehampton, where I was fortunate to work for four months and gained a great deal of knowledge.”

After a year of training across palliative settings, Sally has embarked on a four month placement at the Royal Devon & Exeter Hospital. She has spent two weeks on the Bramble Ward to experience children’s nursing and will go on to placements in oncology and general medicine. Sally says:

“Everyone on the course has to do a two week experience in children’s nursing because the qualification is a general qualification from birth to death. My peers on the course are employed by the RD&E so a lot of them have come to the Hospiscare ward to do their two weeks’ experience of end of life care. For me, the bulk of my training is here at Searle House so I am now doing a fairly big placement at the RD&E to get experience of an acute setting as well as the more general adult nursing.

“I am really grateful that Hospiscare have worked with the RD&E and put these experiences in place so that at the end of my qualification, I can feel as prepared and ready as I can be.”

Speaking to Sally at this half-way point in her training, it is clear that she has no regrets. Sally explains:

“It has felt really hard at times, especially in the beginning, but something drove me on and I have always felt  it was the right thing for me to do. It’s the same with anything that you take on; you can’t expect it to run smoothly the whole time. I know that I am growing through it; I have changed through the experiences I have had so far and it has given me a lot more confidence within my work. I feel like I understand the role and nursing in general more now and appreciate how diverse it is.”

For Sally and her peers on the TNA course, a large benefit of their chosen training route is that it is affordable.  Being an apprenticeship, it has the practical element of working every day and being paid for that work, whilst also undertaking University level study one day per week. Sally says:

“Overall, I think the benefits of this route into nursing are that the course offers hands-on experience and it is more affordable; TNAs are paid to work and won’t end up with a student debt, as the course is funded by their employer.  Students can also use it as a ‘stepping stone’ to the next level of nursing.  On passing this qualification at an acceptable level, there is a five year window to convert it to a full degree. That really is quite attractive for a lot of people; it stretches out the degree but an apprenticeship route might suit some people more than going directly to university.”

Sally is clear about the challenges that this particular route poses. She describes undertaking the foundation degree over two years with just one day a week in university as “rapid”. She continues:

“You are constantly learning wherever you go, both academically and practically, with very little distinction between work and study time as an apprentice, and that can be quite challenging. Although the degree students are learning the whole time too, they will have placements for a set period of time and then go back to the ‘classroom’ full time.

“I wouldn’t say that one is easier than the other, but the routes are definitely different, which is good as they will suit different learners and their lifestyles.”

After Sally has completed her training, she will be employed at Hospiscare as Nursing Associate. This role will have a great benefit for our charity as Sally will have gained a breadth of experience across nursing with a specialist knowledge of palliative care in both a medical and home setting.

Hospiscare hopes to work in conjunction with Plymouth University again and offer a funded Nursing Associate apprenticeship in the future. For anyone considering this type of training, Sally offers her advice, saying:

“My main advice would be to get as much information as possible before embarking on the course, be prepared to work hard and make the most of every opportunity.

To find out more about the role of Nursing Associate and how to train, take a look at the following websites:

Simon Dyke was diagnosed with a brain tumour and when there were no treatment options left, he received a phone call from Hospiscare