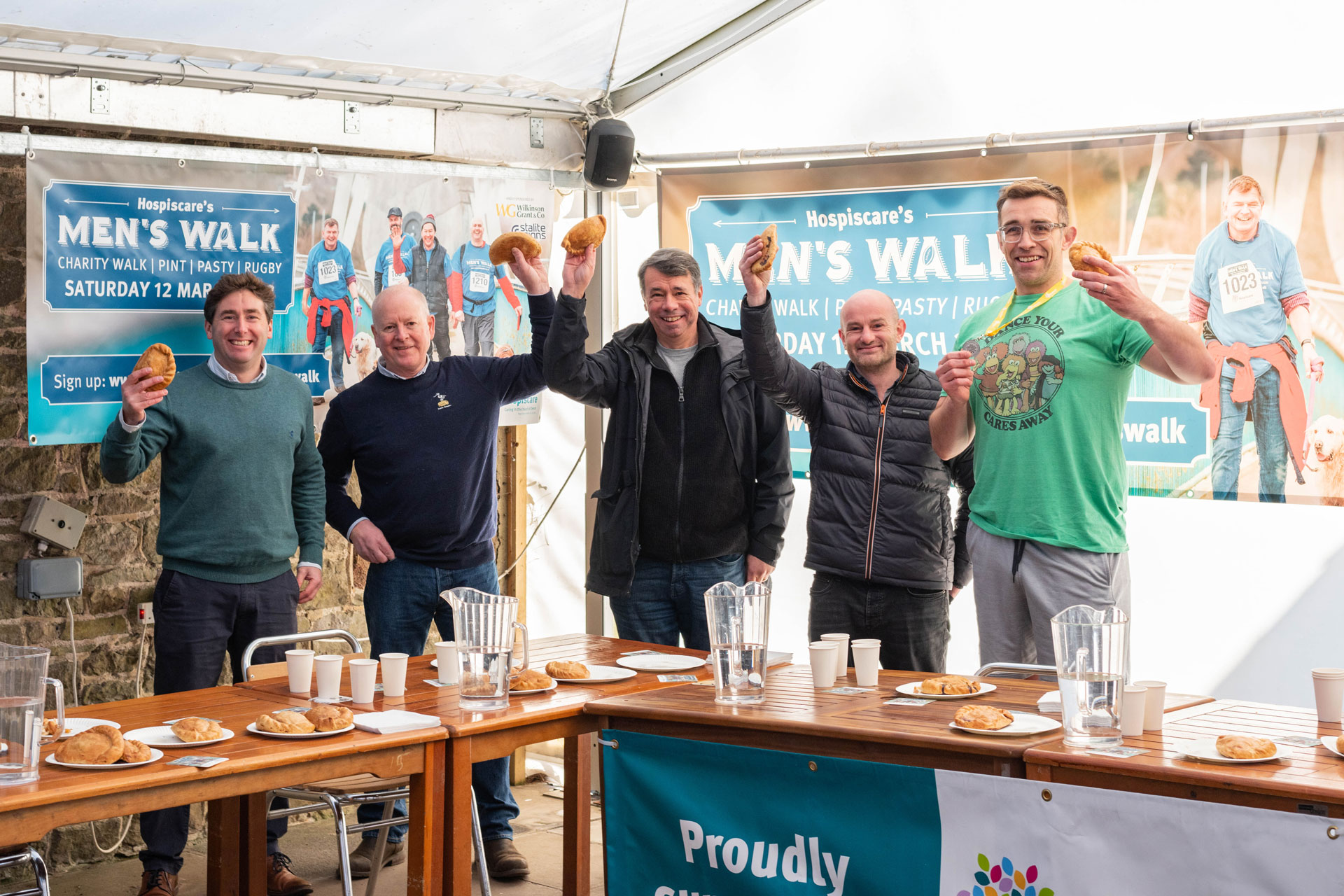 As the fundraiser is renowned for its triple perks – a pint, a pasty and the rugby – our charity chose to celebrate the event launch with a pasty eat-athon. Five key representatives of these well-loved elements competed to earn the glory of the oggie title and celebrate the launch of the popular event.

Chunk of Devon, whose delicious pasties have been a vital part of Men’s Walk since 2013, have generously donated the pasties for the competition that took place at Double Locks on 21 January.

The competition line-up saw Hospiscare CEO, Andrew Randall, and Daniel Wilkinson, from event sponsors Wilkinson Grant Estate Agents, attempt to munch their way to glory. They were joined by Exeter Brewery owner and MD, Alan Collyer, as well as Bryan Curwen from Double Locks. Former Exeter Chiefs legend, Chris Bentley, completed the line-up to prove whether his eating game was up to par with his reputation on the pitch. 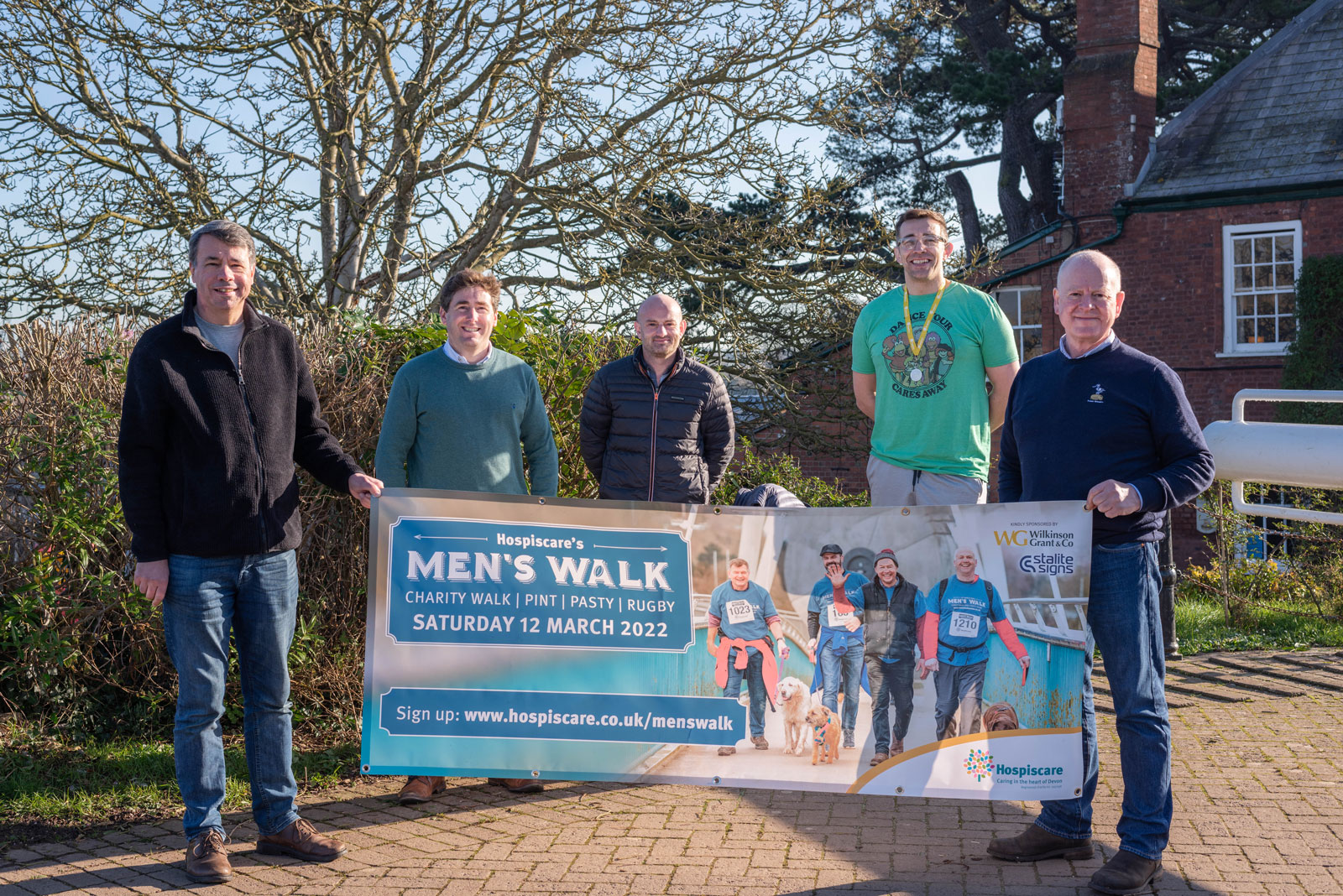 The full competition video is available to view on Hospiscare’s Facebook page.

After an extremely close competition which resulted in the pasty remains being weighed to decide the winner, it was Chris Bentley’s final giant bite that stole the win and earned him the coveted title of pasty-eating champion. 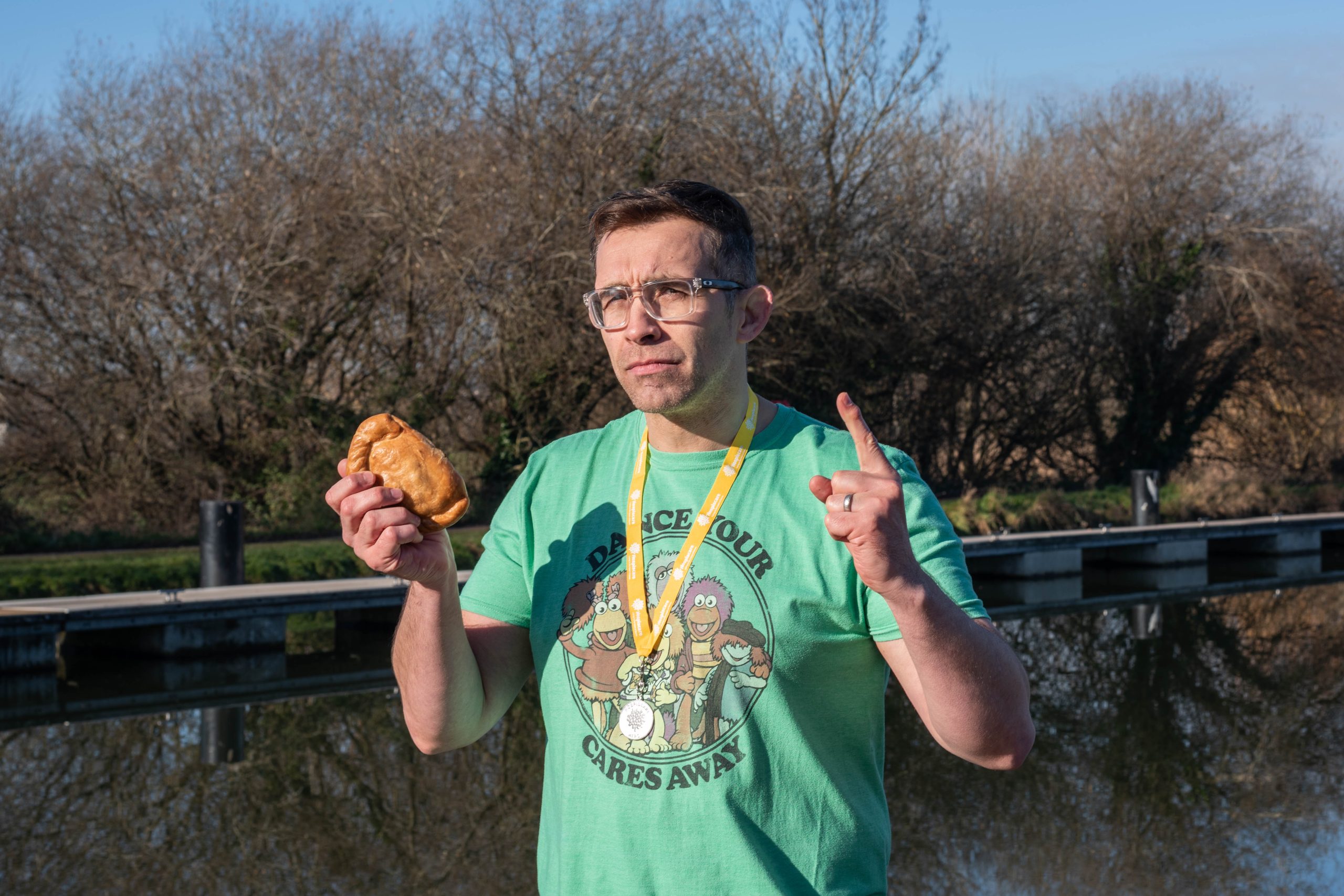 In November last year, Hospiscare launched an emergency ‘Save Our Services’ Appeal due to the impact of the pandemic on the charity’s finances. Our hospice now has to raise £1 million by the end of March 2022 to prevent drastic cuts to our vital service and needs the support of the community more than ever before.

To sign up to Men’s Walk 2022 and pledge to raise £50 in sponsorship to keep Hospiscare’s vital services running, click here.

A walk, a pint and a pasty can only mean one thing: Hospiscare’s Men’s Walk is back again for 2022! Sign up to be part of something special for your community in our charity’s 40th anniversary year and raise vital funds for your local hospice 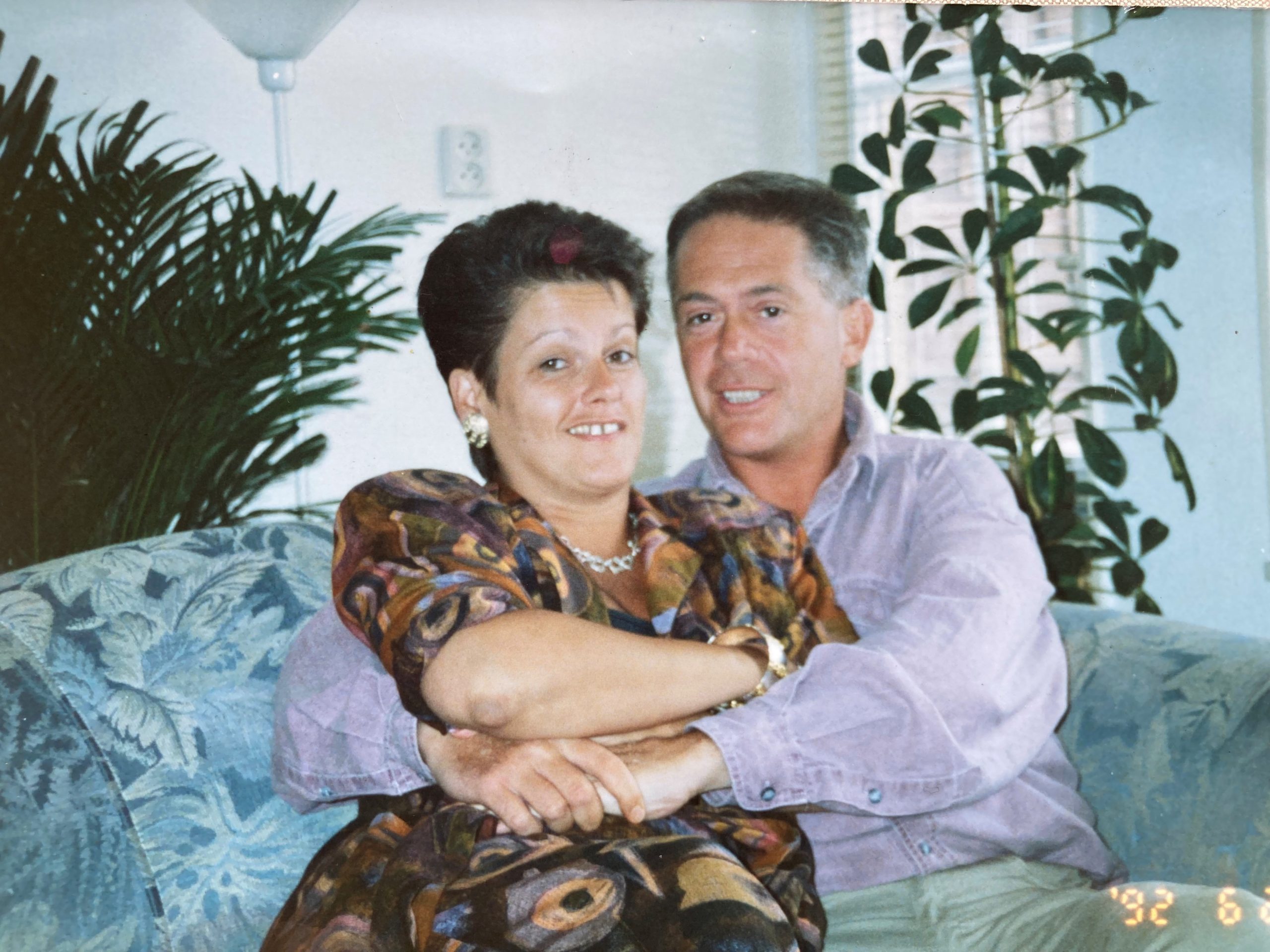 Peter Duggen remembers his wife, Tina, and shares his grief journey and the support he is receiving from Hospiscare