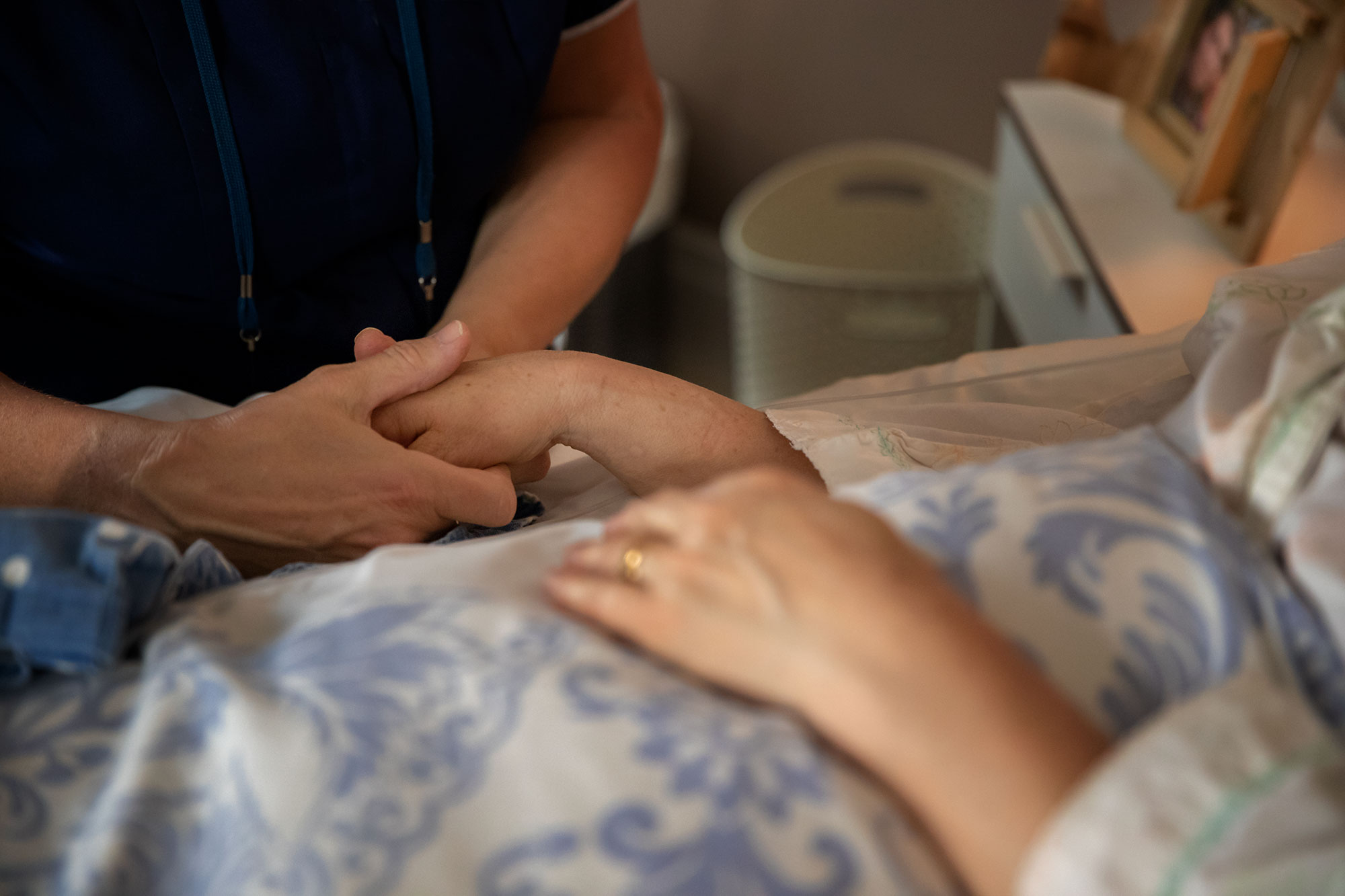 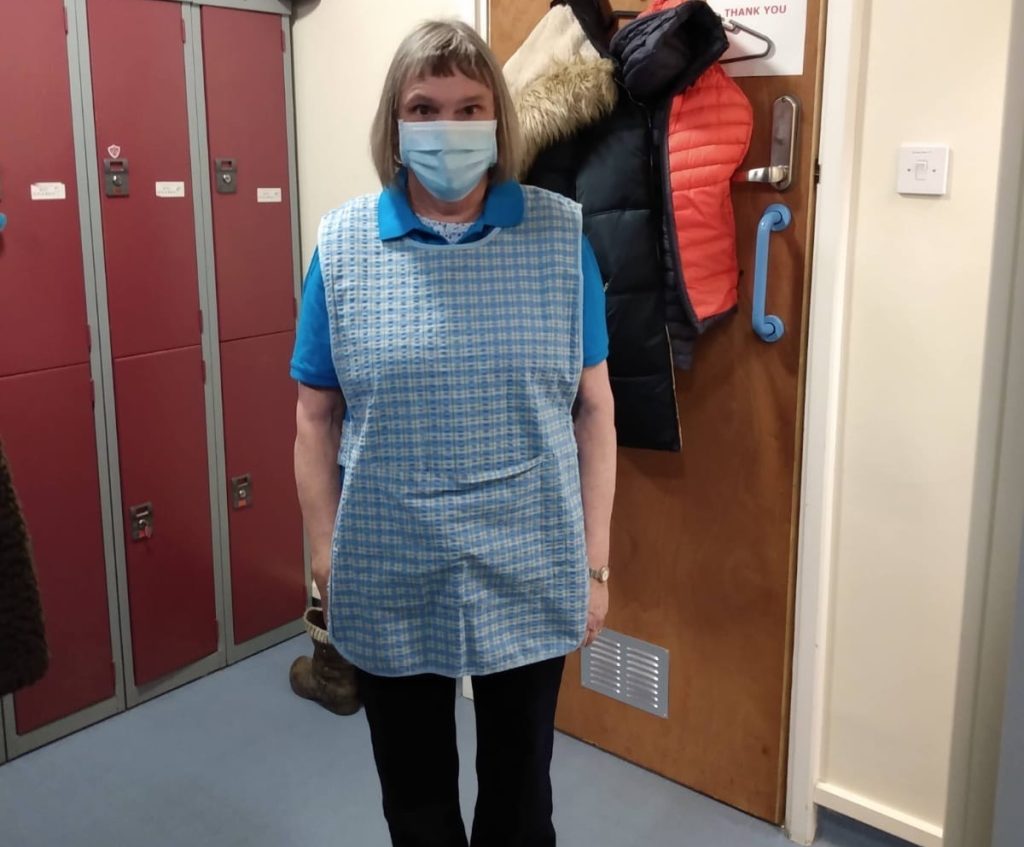 With over 27 years of nursing experience, Janet was well- equipped to join the ward team: “I trained in Essex and successfully applied to work at the Royal Devon & Exeter Hospital after my husband moved to Exeter for his job. I worked in A&E, on the vascular surgery unit and in the endoscopy department.

“I had a lot of contact with Hospiscare at the RD&E as patients were often referred to the hospice and some of the nurses would visit patients at the hospital.”

Janet made the difficult decision to leave the job she loved when her husband, Michael, became seriously ill. Janet says, “I’m glad I did it because Michael needed me 24/7. I cared for him for two years. Hospiscare’s nurses were involved with his care at home and 12 days before he died, he came into the hospice. I was there every day and the nurses took as much care of me as they did my husband.

“Michael died eight years ago. I miss him every day. It hasn’t gotten any easier, I’ve just learned to cope with it. That’s just what you have to do. I thought to myself, when I’m ready, I would like to come back to Hospiscare to help.”

After living in London and Yorkshire, Janet moved back to Devon last year. When she had settled, Janet decided the time was right to get in touch with Hospiscare.

“I knew I wanted to volunteer on the ward. I missed my patient fix – I missed being with patients and also the camaraderie of the people I worked with.

“I was interviewed by Catherine, Hospiscare’s Volunteering Senior Advisor and Ruth, the Ward Manager. When Michael was admitted to the ward, Ruth was there, and she remembered me and Michael even after all of this time. That was really special.

“The application process was pretty straightforward. I was a bit nervous about the e-learning training but I got on with it alright. I went through a few different checks and here I am! I’m loving it.

“I volunteer on Fridays and spend time talking with the patients, seeing if they need any errands running or if there is anything I can do for them. I lay up the lunch trays and help serve the lunches, desserts and drinks.

“Somebody said to me, ‘You work at the hospice, how do you do it? What do you say to patients?’ I said, you treat them as normal. We’ve all got to die, it’s the one sure thing in life. People think it’s a miserable place but it’s actually full of life. I’ve got a lot to give and if I can help in any small way that, to me, is priceless. It’s a privilege to be part of such a caring team.” 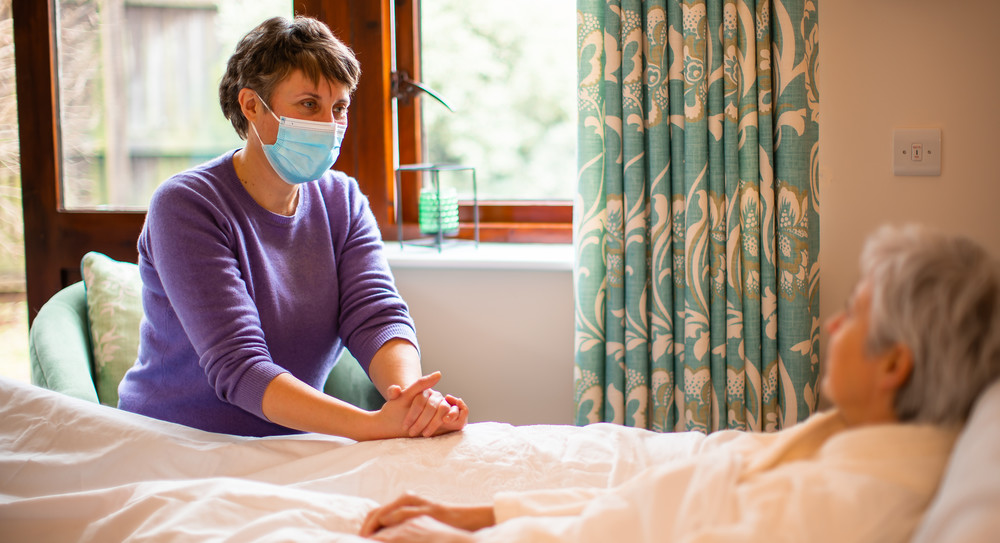 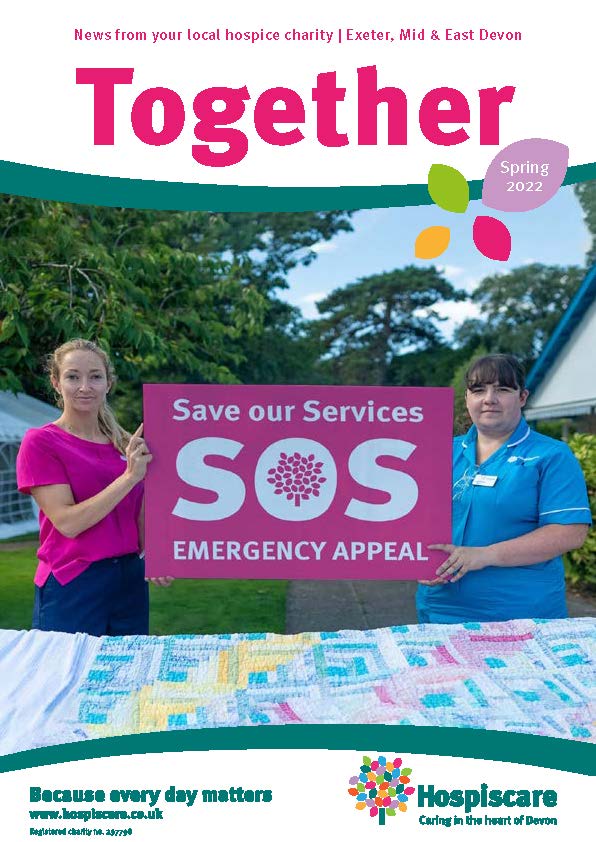 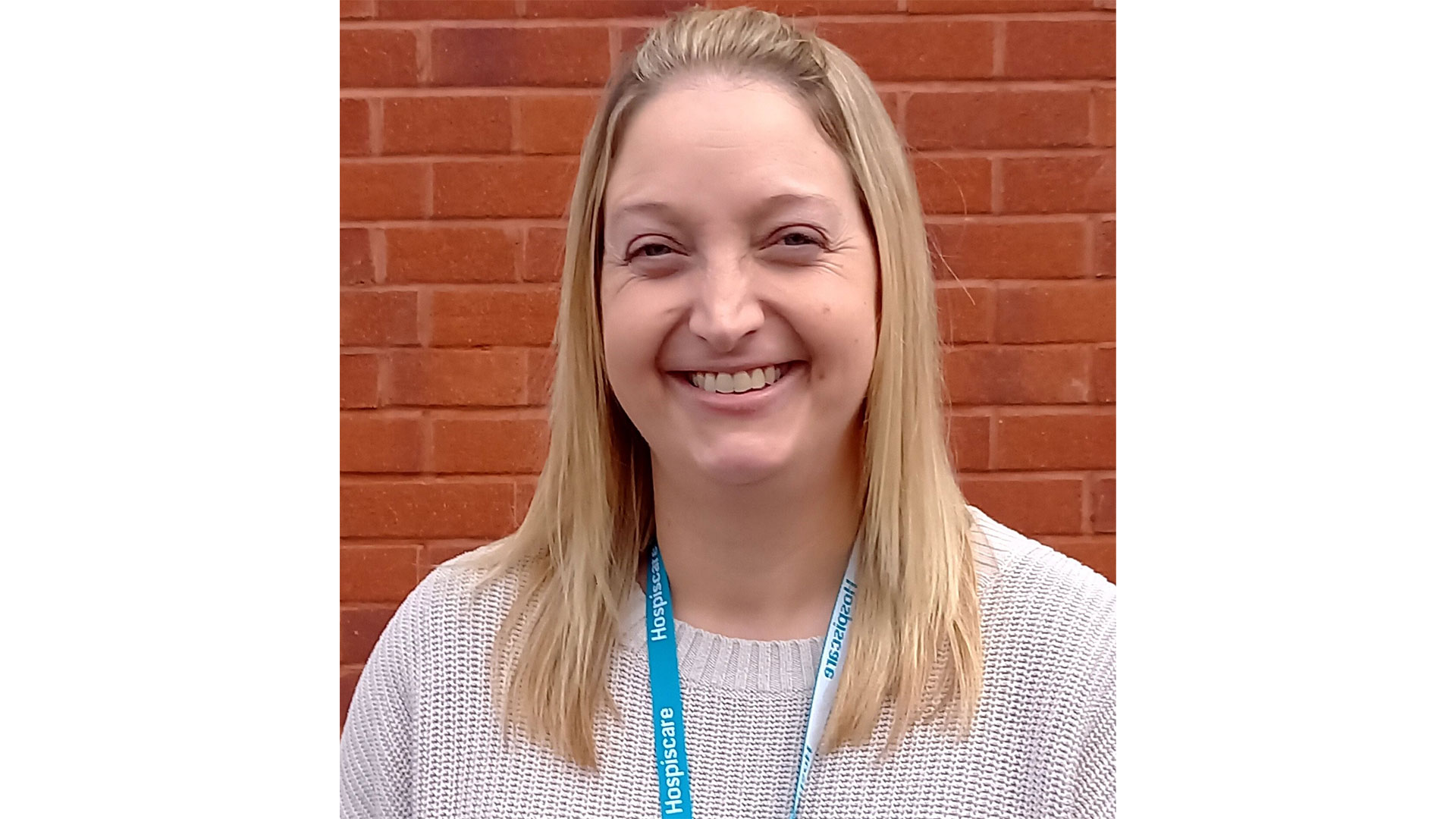